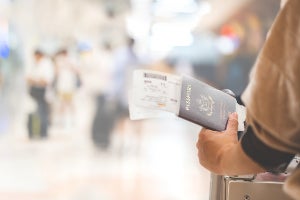 How Long Can You Be Absent from the United States?

While no set rule states when an LPR status has been abandoned, the USCIS uses the “totality of the circumstances” to determine if the green card holder still intends to reside in the United States permanently. Leaving the country for some time doesn't automatically discount your status, but the USCIS will consider your absence, and they will determine your intentions by looking at the factors below:

There are many reasons why an individual would leave for an extended time. The absence will often be excused if they end on a specific date or if a particular event is taking place. Some common examples are:

Note, however, that there is a rebuttable presumption that you didn't abandon status if you were outside the United States for six to 11 months if you can prove sufficient ties mainlined to the U.S. during that time. However, if you are out of the U.S. for more than one year, the U.S. may revoke your Green Card based on extended absence.

What Is a Reentry Permit and Should You Apply for One?

Those with lawful permanent residence status who know they'll be leaving the country for a certain period should file for a reentry permit. This document establishes that you don't intend to abandon your permanent residence status. A reentry permit is often valid for two years from the date issued and will allow you to apply for admission to the U.S. without having to obtain a returning resident visa.

When you apply for a reentry permit, the document can work as evidence that you're returning to the country and can help if you are asked about your intentions by an immigration inspection officer. You'll need to file an I-131 for reentry while you're still physically present in the United States, and you should file your form at least 60 days before your departure.

Unless you can give a reasonable explanation as to why you left the country for a year or more, you may be considered breaking your residence period's continuity. A break is considered serious and can cause your naturalization process to restart, beginning at the time you'll need to stay in the country.

Many who immigrate to the United States seek to receive the status of a lawful permanent resident. However, staying inside the country when your job or an unavoidable event takes place can be frustrating and stressful. While you may not intend to jeopardize your status, the immigration process can be complicated and confusing to those unfamiliar with the laws and processes.

Our team at Orbit Law has years of experience assisting international and local clients with legal immigration services. We are motivated to help clients maintain their permanent residence status and stay on track for their naturalization. Our services are offered in English, Hindi, Nepali, Punjabi, Spanish, and Urdu, so our clients can feel comfortable asking questions and communicating with us.