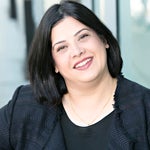 Kripa Upadhyay is the Founder and Principal Attorney at Orbit Law, PLLC.  Over the years, Kripa's practice has encompassed every aspect of international investor and corporate immigration petitions. Kripa currently focuses on working with international investors and human resources and global mobility professionals to optimize their companies' immigration programs. She guides strategies for recruiting and retaining foreign talent, and provides immigration plans for international mergers and acquisitions. She helps companies address the challenges of US Immigration compliance, and has worked with major corporations to build out compliant Immigration visa programs securing a variety of short term and long term visas/ residency for their global employees.

Kripa is a frequent speaker on immigration matters before the Association of Immigration Lawyers of America (AILA), the Washington State Bar Association(WSBA), other industry leading professional associations.

Named a “Rising Star” for Immigration Law for every year from 2014-2018, she is an active member of AILA's National committee for EB-5 (Investor based Immigration) as well as the Washington State Chapter where she has served in leadership positions on various committees. She is also actively involved with and a frequent speaker at seminars and conferences organized by Invest in the USA (IIUSA); America's leading Investor based Immigration Trade Association.

The mission of ENG is to empower and support neglected, marginalized, and at-risk girls and young women in Nepal, especially those who are at greatest risk to be forced into early marriage, sold into sex slavery, or abandoned as orphans. We provide scholarships, mentoring, career guidance, and subsistence for children who would not have the opportunity to attend school and pursue future careers in medicine, engineering, business, teaching, and other professions. 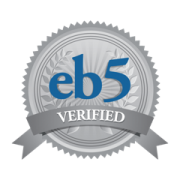