Employment-Based Immigration: An Introduction to the Various Visa Options 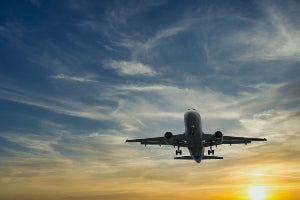 After five years of being a lawful permanent resident, immigrant workers can apply for U.S. citizenship. Some employment-based immigrant visas offer workers to bring their children and spouses with them into the United States. Eligible family members may become permanent residents of the U.S. through the worker's EB visa.

There are five categories of employment-based visas, and the immigration qualifications and opportunities vary for each individual. For you to be considered for an EB visa, you'll need to find the specific category you fall under:

The first preference visa is designated for priority workers that fall under three sub-groups:

According to the U.S. Department of State, EB-1 accounts for 28.6% of all employment-based visas each year. However, those with extraordinary ability or research need to provide extensive amounts of evidence proving their recognition.

For the second employment preference types, foreign workers that have advanced degrees or whose immigration is in the national interest fall under this category:

Foreign nationals who qualify for the EB-2 visa must provide evidence of their degrees or abilities. Immigrants from China and India are currently backlogged due to the oversubscription of visa applicants.

For a foreign national to obtain permanent residency in the third preference category, they must acquire an individual Labor Certification certified by the U.S. Department of Labor, as well as an offer of full-time, permanent employment.

While the requirements for the EB-3 visa are considerably less stringent than the previous two, the large backlog makes it difficult for immigrants to obtain this visa option.

The EB-4 visa rarely meets its annual quota due to its underutilization. Near the end of the fiscal year, the EB-4 visas are distributed among the other employment-based visas.

For the final employment-based visa, the individuals who make up this category are designated to foreign investors. The requirements for the EB-5 visa depend on the track each investor divides to take. Currently, there are many changes in the process with this visa and limit those interested in the process. However, this preference works to boost the United States' economy through foreign capital and job creation.

Navigating the different employment visas and gathering the necessary documentation can be overwhelming. An experienced employment-based immigration lawyer at Orbit Law can offer you extensive knowledge and resources for your application. With laws and requirements changing all the time, it's a good idea to have a dependable attorney at your side.